Stephen Fry is allowed to say 'English'. (But just this once, mind!)... 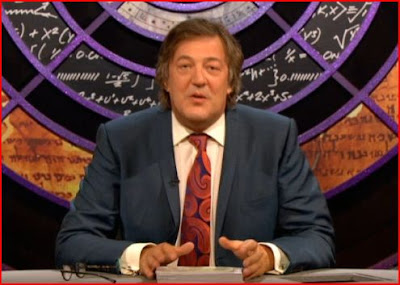 The other night I was watching self proclaimed uber-brain, millionaire luvee socialist and tiresome twitterer Stephen Fry on QI XL.

I have always watched - basically because I find the programme 'Quite Interesting' I suppose. Saturday's programme lived up to its title - and especially this revealing conversation between Fry and his guest panellists regarding the Bayeux Tapestry. It sort of sums up everything about Fry and the Brit' loving, English-hating BBC. I've scripted the thread below the picture - and if you want to see it for youself, click here and go to 18minutes, 18 seconds into it. 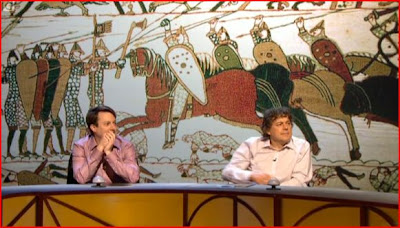 Stephen Fry: (Looking at a picture of the Tapestry) 'Can you tell the British from the French in that picture?'

Rob Brydon: 'Are the British the four-legged ones at the top?'

Stephen Fry: I should say 'English' rather than the British of course'...

David Mitchell: 'The English are the ones not on horses?'

So why is that Mr Fry? Why are you not allowed to say the word 'English' except under very specific circumstances? Could it be BBC Guidlines? Afterall, you do have form on this don't you? Remember how you misquoted Cecil Rhodes on BBC Breakfast Time?

Oh, and by the way Mr Fry, The English were not fighting the French at the battle of Hastings, they were fighting the Normans - Norse men descended from Viking stock...

I have sent a complaint to the BBC - and have specifically asked them why the genius that is Stephen Fry would say 'I'm so unused to it, being allowed to say 'English'
Posted by Alfie at 4:23 pm

For the record the 'French' were not French. They were Normans from the Duchy of Normandy. Equally their army included Bretons who certainly wouldn't have thought of themselves as French at that time.

Isn't it possible that the Anglo-saxon forces included Welsh and Cornish fighters?

So Saxons and Britons V Normans and Bretons then?

But what you describe I'm fully used to. In Cornwall it's quite normal for the English dominated establishment to re-write our Cornish history and back date the English conquest that never actually really happened.

Cornubian -
'For the record the 'French' were not French. They were Normans from the Duchy of Normandy. Equally their army included Bretons who certainly wouldn't have thought of themselves as French at that time'.

Please see the penultimate paragraph in the post -
'Oh, and by the way Mr Fry, The English were not fighting the French at the battle of Hastings, they were fighting the Normans - Norse men descended from Viking stock'...

Because..oh Alf the Wise, it's so politically incorrect these days, to use such words, so Racist, you know.

And it gives the BBC a chance to say 'Sorry' one more time. Bunch of wankers, that's what they are. 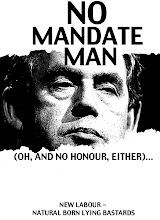 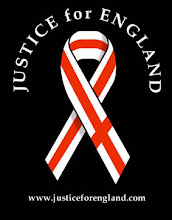 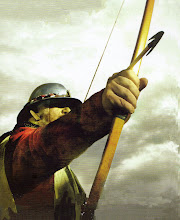